I’ve been wanting to talk about this since I heard about it a few days ago when it was unveiled. When the Nintendo Classic was announced, a lot of gamers instantly jumped to the possibility that Sony would follow suit and introduce one of their own with all their classics. I mean, the Nintendo Classic sold out everywhere nearly instantly and the resale on that item is going for as much as double the price.

The problem that I knew Sony would have if they went that route would be in the lineup of games they would offer. Unlike Nintendo who owns all of their first party rights and can place all of their gems on their console, Sony does not. Couple that with the fact that they are remastering and remaking some of Playstation’s early mascots such as Crash Bandicoot and the upcoming Spyro game and you start to see where I am getting at.

And you might be telling yourself, there are plenty of games they could put on the console. I remember this, this, and that. Well, they released the console’s lineup. Let’s take a look at it. 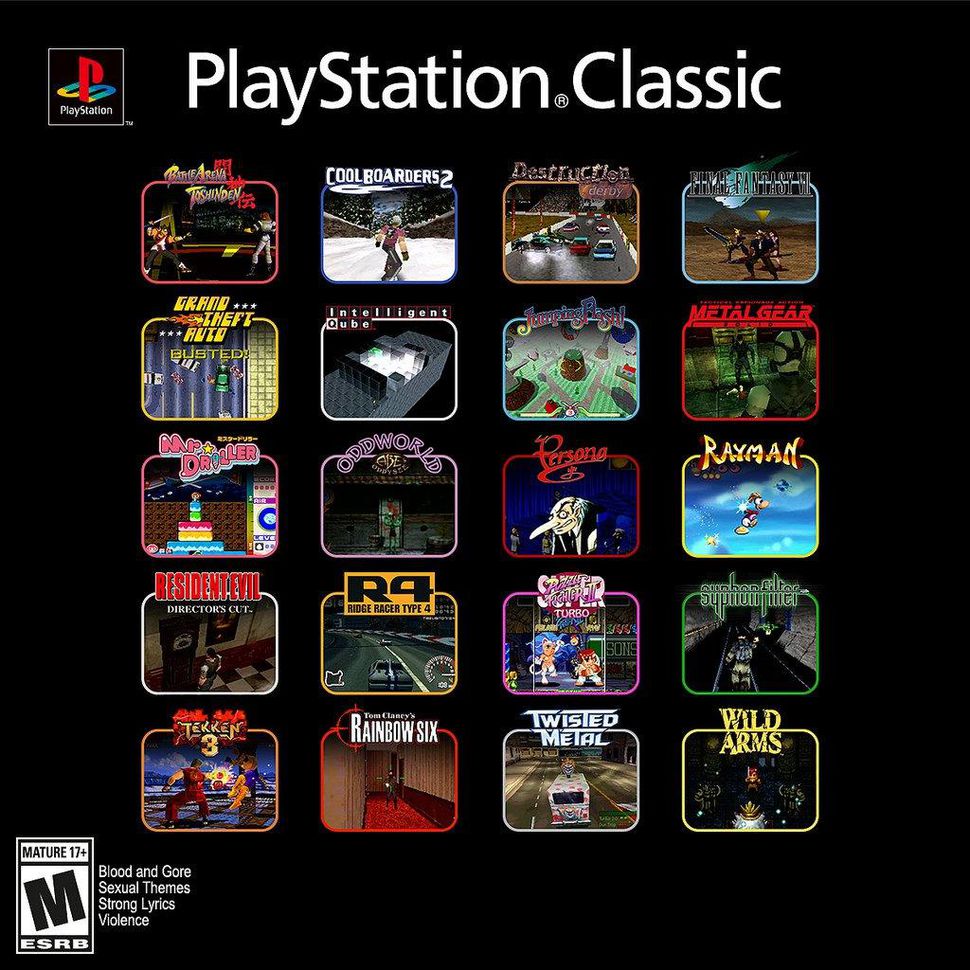 At first, I thought this lineup was complete garbage outside of a few choices. But I am glad I wasn’t able to write this post then. Thinking about this, some of these are great choices.

But I still had games I would have loved to see on this list. Games that I thought defined the PlayStation more so than some of the games here. The following is just my personal swap outs.

Those are just some of the games that I thought about so far and I am sure there are more. Ape Escape, Megaman X4, among others. The Japan lineup got stapes like Armor Core, Parasite Eve, and SaGa Frontier. And yes, I know Sony depended on third party games and probably paid a wazoo amount of money to license some of the games I mentioned. So I am not really knocking Sony because I don’t know what it would have taken to get some of those games on the classic.

So, do you think the PlayStation Classic is worth $100 dollar price tag? What games are you looking forward to playing and what games do wish was in the lineup? What games would you take off to add your favorites? Let me know in the comments below.

As always, thanks for reading!

Until the next post… do you remember playing without a memory card?