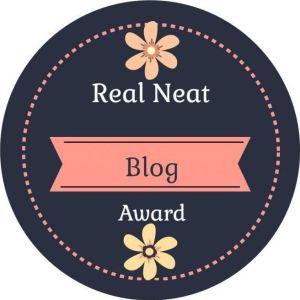 Fellow comrades, we have been called to once again layeth to smacketh down! I don’t think that was what was asked of you but…

Silence! The wonderful Karandi has nominated us to dominate the field of battle and take down all the command points by answering a series of questions. This is our first award. Can we just accept it normally?  No! We will do this in our typical glorious fashion or we shall be slain on the field of battle! Who are you speaking to? It is just us! To battle! Thanks for the nomination Karandi!

These are the rules of engagement! 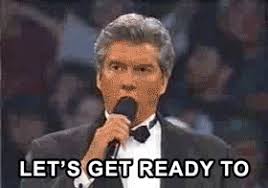 Don’t you think this is just tiny bit strange?

“Of course not,” I answer while poking into a portal that opened inside my bedroom with the sheath of my BabyDoll katana from the movie Suckerpunch. How many episodes of Rick & Morty have we watched? Their experience should tell you that entering random portals is a bad idea. “Okay! You have a point. But the argument could be made that on the other side of that portal is an adventure like no other! We can leave this boring life behind and enter a world like No Game No Life!”

But… that isn’t practical at all. You aren’t the greatest gamer of all time.

“No matter! This is a chance of a lifetime! Portals don’t normally exist and this our opportunity to do something no one has ever done. We’re going. Besides, what is the worse that can happen?” And with the sword in hand, I enter the portal to see what is going on.

Once my eyes adjust from the blinding light of traveling through an interdimensional gateway, I find myself sitting inside of a rather nice car in traffic on a highway. We are moving every few minutes which starts to get under my skin but as I narrow my eyes in the distance, I see construction cones and the prompt arrow advising traffic to merge with the left lane. However, everyone in the closing lane is doing so at the last minute without using their blinker. I can feel the veins on my forehead and neck bulge.

“Really people!? Why can’t you people get over earlier!?” Looking out of my rear view mirror, I still see people driving down the closing lane… leaving us stuck in place indefinitely.

Remembering that I had a sword that I bought with me in case of emergencies, I frantically start looking above the car only to find it backseat in all of its glory. Whoa.. wait… what are you getting ready to do? “I’m going to put an end to this!” Wait… just because this isn’t your world doesn’t mean you get to just murder them!

Stepping out of the car, I move from the far left lane to the right with the sword drawn. As I approached the merging point of the highway, I dove and rolled akin to Morpheus in the scene in the Matrix Reloaded and sliced the approaching car driver’s side tire, sending the car sliding to stop before rolling into the sign. The other cars stopped and looked on in horror as I approached, stabbing their tires so they couldn’t move. Seriously? That isn’t solving the issue!!!

As traffic in the other lanes start to move and cars in the right lane desperately try to get over to avoid me stabbing their tires, I see three of brothers approaching all wielding various weapons. Looks like we weren’t the only ones. Wait… I wonder what the hell they have done since arriving here. Behind them was an enormous smoke cloud offset from the freeway.

“Do you know if I have some sort of special power in this world?” I ask them, ceasing my act of terror. (For the sake of this tale, I will use their character names.) Revealla nodded to answer my question before leaning on the beside me that couldn’t move. The passengers just stared at us in fear as we caught up.

That is completely BULL!!! Revealla of them has the power to control wind. Taishomaru controls fire and he used that ability to cause all type of chaos inside of an Amazon Fulfillment Center. (Yeah… he hates Amazon). And Shinosuke can’t be hurt. Why can’t we figure out what we can do!?

Jealous, I start trying random stuff to see if I can activate my latent power but nothing works. The group laughs and starts to crack jokes until Revealla has a bright idea. His idea consists of putting me in a situation where I would be forced to use my power. I tried to reason that if my power couldn’t save me, I would die but the others agreed and told to stop being a little punk.

So… Taishomaru started attacking me. To my surprise, I was able to fend off his assault until Shinosuke snuck behind me and attempted to stab me in the back a dagger. I wasn’t aware of when he got behind me and how he got there but when I attempted to deflect his attack, I missed.

Revealla, seeing that everything was going horribly wrong attempted to stop that situation. Unfortunately, the gust of wind that sent was too strong. They went reeling back into oncoming traffic while I on the other hand…

That wasn’t smart at all! What the hell was he thinking!? Damn it! We can’t die like this!

… crashing into the floor head first from my bed, tangled in my cover. Wait.. that was a dream? Groaning, I squirm out of my blanket and sit up, back resting against the side of the bed. My side is heavily bruised and the precious collector’s item is broken in my closet. There is a note on my window pane. I grab it and unfold it to read.

Everything that you dream about is real. That is your power.

Those I call to raise the banner of conquest! Our Nominees! Unfortunately… We got six. No pressure in doing it, however, I am just attempting to follow the rules. So I have a devious plan to get my other two nominees!

Here are my questions!

Once again, thanks for the nomination Karandi and thank you all for reading!

Until the next post… If you SMEEEELLLLLLLL what Winter is cooking? 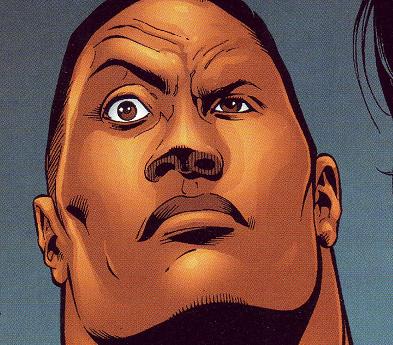