I think I might be more excited about this list than I was about the openings. I mean, Bleach had some wonderful openings but I think they truly shined when it came to their 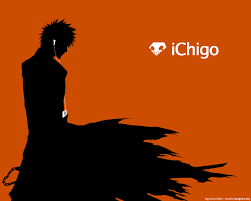 endings. Going back through all of them to make this list had me riding the nostalgia train recklessly, half out of the window over a canyon screaming out lyrics in pure bliss.

I mean this list is stacked and it was extremely hard to narrow down the list to just ten. So many good ones to choose from and I rearranged this list more times then I did the last one.

As we said in the last list, finding the original endings is very hard because of the YouTube purge. With that in mind, if I can’t find the actual anime ending, I will be using the full song or anything I can salvage.

Special Shout Out to Rukia-tan for uploading all the endings! (I really wish she would have done the openings as well) but these videos made this list so much easier!

The song just invokes the feels! The way Fumika sings these lyrics get me amped! I like the fact that Ishida kinda got his own little ending! And got to see Ichigo’s final form is all of its glory! Go ahead Ishida, be cool! You earned it!

Okay… let me explain. I don’t really care for the ending but I really LOVE this song. The ending itself is just a showcase of some of the characters but this song is FIRE! Also… did you see the outfits our lovely ladies of Bleach were wearing at the end? Which one were your favorite? Personally, I love Rukia’s and Yoruichi’s. Doesn’t Rukia’s outfit look like Tsukishima’s outfit from the last season?

Number 8: Happy People by Skoop On Somebody

Talk about a song that I might have played out and annoyed my friends with. Before you judge me, this is a REALLY good feel good song. Whenever I was in a good mood and wanted to express it, I played this song and enjoyed every minute of it. On the ending, I love the family aspect of this ending. Yuzu had to be running around taking all type of photos. And did you see Rukia!? Trying to look all too cool for school!? Man… this might go back into the rotation.

Number 7: My Pace by SunSet Swish

Was I the only one that found the modified souls to be absolutely amazing? I know, most people do not like the Bount Arc but these little guys made it worth it for me. I loved Lirin, Noba, and Kurodo’s interaction with Kon. As for the song, I have sung out “offense” several times while doing their dance in public. Does anyone remember the meme “Keep the Pace” that was inspired by Kirin and this song?

I love the grounded feel of this ending and the song itself does so much justice for what they wanted to convey. The optimism in this ending was on full display. The opening shot of Orihime was just gorgeous to look at. Seeing all the classmates being normal was a breath of fresh air with everything that happened in the series. And that sunset… phew! This ending cracks the top five because it was beautiful to remind that these are still high schools around through all these trials. This is also around the time that Ichigo was on the last leg of meeting up with Rukia.

After a long hiatus, my favorite modified souls make a stunning ending! Another feel good song. I love how it opens with Kon playing the piano and his condition gets worse as the ending continues. The ending itself isn’t anything special but the song and the feature of those souls warms my heart. Though not special, I love the long panel show of everyone. And Ichigo standing up at the end with him seemingly finding his resolve was cool.

Number 4: Baby It’s You by June

I don’t know what it is about this song but it really understands me. I don’t know if it is the 90’s feel of the song. The falling leaves and snow in the ending. The brown color scale. The panel shot of all the ladies of the Soul Society. I honestly don’t know. But this song is still on my phone. It hasn’t gone anywhere. That should tell you something.

Running! Running! Let me tell ya something. If you want me to get overly hyped up and become the life of the party… just play this. No drink required. The song is amazing. The ending was a showcase to my two favorite characters at the time which was Rukia and Ichigo. It features my favorite four stuffies. And it is overall fun and good feeling song. What more do you need?

Number 2: Life is like a Boat by Rie Fu

The top two spots were very hard for me. Life is like a Boat is a very special song to me. Not only does it feature my waifu before I even know what waifus were but the song was so beautiful! It features the piano which is my favorite instrument and the song was partially in English! Embarrassing fact: I actually dedicated this song to my first girlfriend. I played a part of the song on the piano for her before asking her out. You also read several poems and plagued in class… but you got the girl! Man… talk about memories!

What could have possibly beat out the first ending of Bleach? Ending 28! There were 13 different versions of this ending that ran through a different character and their history in series. I can’t explain it but these endings… they just have that special something. I’ve watched all thirteen of them and it is amazing how a song can feel like it just takes through my childhood effortlessly. All the memories. I completely grew up on this show. Through the good times and the bad times. I was there and I can’t sit here and say I didn’t enjoy it. I may dislike the last few seasons, but the series as a whole will always a spot on my list.

And there you have it! What did you think of my top ten? Did I miss your favorite song not make my list? If so, what was it? There are thirty different endings and I’m sure you have one or two that I did not list here. Let me know in the comments below. To be honest, my top two spots change regularly. I probably change my mind the next time I think about it so don’t cast stones at me.

As always, thanks for stopping by and reading. I really appreciate it.

Please… stop it… what you are doing is wrong…